Active adult is the talk of the town in the seniors housing industry. The sector, which caters to the 55-plus crowd that leads an active lifestyle and embraces fun and fitness, resembles traditional multifamily properties in two important ways: Active adult doesn’t offer the extra layer of services associated with standard seniors housing or the medical aspects of skilled nursing.

Investors in active adult properties praise the high occupancy rate and low resident turnover compared with independent living, as well as the higher rents generated by the sector compared with standard multifamily properties.

But all that praise up to this point has been anecdotal. While there is an abundance of data available on the performance of the independent living, assisted living, memory care and skilled nursing segments of the industry over time, the same can’t be said of the fledgling active adult sector. The absence of hard data on the sector’s performance has made the job of prospective investors that much harder.

Recognizing that transparency is all-important in the capital markets, the National Investment Center for Seniors Housing & Care (NIC) intervened. In September, the Annapolis, Maryland-based organization unveiled its definition of active adult based on input from players in the industry and launched an initiative to track the performance of the sector on a regular basis and grow the sample of properties over time.

The official NIC definition reads: “Active adult rental properties are age-eligible, market-rate, multifamily properties that are lifestyle focused; general operations do not provide meals.” The white paper that highlights this definition of active adult also emphasizes that “the property type is expected to evolve as the product matures.”

One of the reasons for this low count in active adult is that many companies haven’t seen the value in contributing data yet, a challenge that NIC is used to encountering.

“We saw that in the beginning of NIC MAP, too. There was some resistance,” says Beth Mace, chief economist for NIC, referring to the data collection and analysis that NIC MAP Vision conducts in other segments of seniors housing. “But then investors saw the value of transparency. You’ll see that in active adult as well.

“Savvy investors believe in the concept of transparency, information and data. The more information you have, the better and more knowledgeable you’ll be about an investment.”

United Group of Companies, a long-time developer in the space, decided to become a data contributor right off the bat.

“We have the philosophy of sharing data so everyone in the space can make the right decisions,” says Jeff Arnold, chief operating officer. “It will assist developers in different real estate segments such as multifamily and student housing transition into active adult communities, which will help increase supply across the country by allowing them to evaluate potential development sites more easily.”

NIC MAP Vision is not yet producing operational metrics such as average rents, occupancy and absorption, but those are coming soon, according to Chuck Harry, chief operating officer at NIC.

“With the burgeoning interest in the sector, it was critical to come to market sooner rather than later. Every property is tracked consistently, so folks can feel comfortable comparing one property to the next.”

Those future information points will include inventory, rental rate, occupancy, operator, building characteristics, ownership, transactions and climate data, according to Kyle Gardner at NIC MAP Vision, who is leading the data collection efforts.

“NIC MAP Vision clients can leverage many of the same types of data points for active adult that they have used for seniors housing for almost two decades. Everything you’re able to see and analyze for independent living, assisted living, memory care and skilled nursing in the NIC MAP Vision platform, you’ll also be able to perform with active adult data by early next year.”

The early data, which NIC released as part of a white paper in October, is compelling. The average age of a resident — 72 to 74 years old — is significantly lower than in traditional seniors housing, where the average age is 84, according to the American Seniors Housing Association.

Annual resident turnover is 20 percent, less than half the 50 percent at standard multifamily communities.

In summary, “Higher rents than multifamily, lower expenses than independent living and long lengths of stay allow for healthy margins in a stabilized climate,” the white paper concluded.

“The oldest baby boomer is 76. There’s going to be a surge of people moving into that cohort,” says Mace. “As an investor or developer, you’re looking at this as a great source of demand. They’re empty nesters, the children are gone. They’re looking to kick back and have some fun. The active adult concept is very appealing. There’s no yard work, you can relax, and you can be out and about with people of your same age cohort.”

“Without a doubt, active adult living is now going to grow on a national basis in geographic locations beyond warmer climates,” says Jane Arthur Roslovic, CEO and co-founder of Treplus Communities, a developer and operator of active adult communities largely in the Columbus, Ohio area.

“It has been accepted as a new asset class by developers, financial institutions and residents. It is important to keep the momentum going and expand its exposure and reach to the 55-plus resident as well as their influencer [such as friends or an adult child].”

Greystar, which is among the largest owners of active adult properties with 17,000 units and 95 properties across 24 states, reports that its pre-leased units at properties under construction have jumped from 9 percent to 35 percent, according to Jackie Rhone, the company’s executive director of U.S. real estate services for active adult.

Rhone spoke at a panel at the 2022 NIC Fall Conference titled, “Rational Exuberance: Investing in the Rapidly Growing Active Adult Segment.” In addition to the pre-leasing numbers, she noted that lease renewal rates in August were 79.2 percent and lease trade-outs were seeing double-digit rent growth.

One concern Rhone raised during the NIC panel discussion is that this sudden spike in investor and developer interest could result in overbuilding. However, with the market presently being so underserved, we are still a long way from that concern becoming a reality, she said.

“Are we ever going to get to an oversupply [situation] because there are so many markets where we’re being inundated with active adult product? We have over 20 assets in the DFW (Dallas-Fort Worth) metroplex, and there are many others. We do have to be careful, but as everybody said, ‘Look, we have a demographic base that is as deep as many of our markets.’ So, I do believe in the space wholeheartedly.”

One way to keep up with a feverish development pace is to improve educational outreach efforts, according to Roslovic at Treplus Communities. Consumers largely don’t understand the active adult segment yet, and many more seniors may find themselves interested once they’re aware of the product.

“In the Midwest, there is still a great need for education on the value proposition that active adult living offers to a growing segment of the population,” says Roslovic.

“Once active adult means something to consumers, you’ll see larger concentrations of that product type where the penetration rate is much higher,” adds Mace. “It’s too soon to see high penetration rates for active adult, but Texas has a lot of it. It’s a very active development market. Developers and operators are looking at this as another growth opportunity.”

Lack of education can also lead to longer-than-expected lease-up timelines, according to Zach Crowe, managing director of U.S. real estate at New York City-based private equity firm The Carlyle Group. He made the assertion while speaking at France Media’s InterFace Active Adult conference, held in June in — appropriately enough — Dallas.

“The biggest piece of advice I would give newcomers to the active adult space is not to build too many units because lease-up is definitely the hardest part of this product type,” he said. “Once these assets are full, they become very sticky. Active adult has some of the longest lengths of stays among residents of any asset class. So, once you fill them up, they really hum along and are easy to maintain.”

Among the biggest challenges in successful lease-up, Crowe added, is persuading first-time active adult residents that it makes sense to sell their single-family homes.

“What’s tricky about lease-up is convincing people who’ve been in their homes for 30 or 40 years to downsize and make a big emotional and psychological move,” he explained. “Kids, or sometimes grandkids, need to be on board, and that process is very different from traditional multifamily, where people make those leasing decisions more quickly.”

Regardless of the challenges, most playing in the sector are here because they are big believers in the long-term health of active adult as an asset class, according to Joe Fox, co-founder and co-CEO at Livingston Street Capital, who spoke on the same NIC panel as Rhone.

“I see it more of a ‘tweener,’ but I also see it as an asset class that is here to stay and should continue to perform well over the long term. Certainly, the evidence so far supports that. We’ve had great rent growth, and we’ve had great occupancy.” n 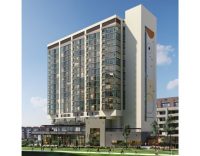 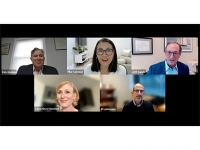 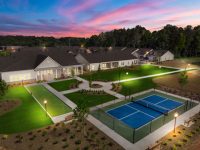