Development costs for the project are estimated at $32.3 million. When completed, the 110,000-square-foot community will sit on a 10-acre site along the Monocacy River and near the Monocacy National Battlefield.

The community will be HHHunt’s third in Maryland and is scheduled for completion in early 2019. SunTrust Bank provided a $50 million credit facility for the proejct.

HHHunt is a real estate developer and owner with a portfolio of 24 Spring Arbor-branded seniors housing communities in North Carolina, Virginia and Maryland. 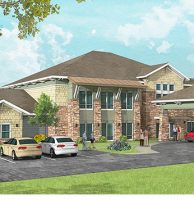