The National Investment Center for Seniors Housing & Care (NIC) announced that the average occupancy rate for seniors housing properties fell 2.8 percent between the first and second quarters of 2020. According to NIC, the second-quarter rate of 84.9 percent is the lowest occupancy rate the organization has ever recorded.

While it’s easy to cast the blame for this occupancy drop on COVID-19, the truth is the coronavirus pandemic has simply magnified a larger issue that has long plagued the seniors housing industry, which I call the “shared air conundrum.” Shared-air systems are largely responsible for airborne transmission of illnesses, such as COVID-19 and the flu.

It can be extremely confusing when residents, who are quarantined in their rooms, still contract an infectious disease. To see where the problem lies, we look at how these communities are built. Senior living communities use shared HVAC systems, which move air in and out of spaces from one room to another. Because of this, it is possible for viruses, bacteria and other harmful particles to be spread through the air to different sections of the building.

Even with residents staying in their rooms, shared air makes it possible and probable that residents and staff will spread illnesses to each other, even without ever coming in contact.

When it comes to finding solutions to this problem, there are many different methods. Costly endeavors such as replacing existing HVAC systems, upgrading to medical-grade HEPA filters, increasing maintenance and duct cleaning, and installing ultraviolet lights are not the only options. While these products can help clean the air, they don’t work in the occupied spaces themselves.

Portable air purification systems have proven effective in the occupied spaces at purifying the air and typically use some form of bipolar ionization technology. This technology first arrived in the United States in the 1970s as a way to control pathogens in food manufacturing. It was used to combat the SARS outbreak of 2004 as well as to fight the MERS and norovirus pathogens. Portable units can be expensive and only cover small areas, but there are whole building systems that work inside your existing HVAC.

Bipolar ionization is experiencing a surge in popularity as the coronavirus pandemic increases concern about air quality, specifically shared air.

Bipolar ionization is a natural process that occurs outside when ultraviolet rays from the sun release positive and negatively charged ions, which seek out oppositely charged particles including viruses, bacteria, dust, pollen and other airborne contaminants. Once found, a chemical reaction occurs on the membrane wall, neutralizing and rendering the particle harmless.

Unfortunately, the more pollution in our air, the less bipolar ionization is happening and indoors, there is practically none occurring. This is why the American Society of Heating, Refrigerating and Air-Conditioning Engineers (ASHRAE) requires outside air to be brought in continuously to help clean the air.

Needlepoint bipolar ionization (NPBI) recreates this process indoors with no harmful by-products. These devices easily attach to HVAC systems, including the PTAC and VTAC systems commonly found in senior living. Once the product is installed, it releases billions of tiny positively and negatively charged ions into the air and occupied spaces.

“Integrated into HVAC systems, the technology utilizes [a specialized process] that take[s] oxygen molecules from the air and convert[s] them into charged atoms that then cluster around microparticles, surrounding and deactivating harmful substances like airborne mold, bacteria, allergens and viruses,” wrote Melanie Haiken, a writer for Business Insider. “They also attach to expelled breath droplets and dust particles that can transport viruses, enlarging them so they’re more easily caught in filters. It’s an active process that provides continuous disinfection.”

“The ions produce a chemical reaction on the cell membrane surface that inactivates the virus,” Philip Tierno, a clinical professor of microbiology and pathology at the NYU School of Medicine, told Business Insider. “It can reduce 99.9 percent of microbes in a matter of minutes.”

“The possibility of aerosolized spread of COVID-19 and the ability of particles to hang in the air for extended periods of time would make the consideration of an active air-cleaning strategy even more prudent,” continued Tierno.

Hitting where they live

The biggest difference between NPBI and other methods, such as UV light, lies in where the air is purified. NPBI ions continuously circulate and clean the air in the occupied spaces. With other products, air must flow through the units in order to sterilize it. UV light can only sterilize the air when it passes over it in the duct work, leaving contaminated air in the occupied spaces.

Another huge benefit of using NPBI is the reduction of energy usage by up to 30 percent. Meeting ASHRAE standards by continuously purifying the air, ventilation systems do not need to take in as much outside air. With low upfront costs, monthly energy savings and an extended life expectancy, NPBI systems typically pay for themselves via cost savings in less than five years.

Yet perhaps the most urgent reason to consider NPBI as a solution to the shared air crisis is that it has been independently tested and proven to destroy COVID-19.

In an independent study backed by the Spanish Ministry of Defense and conducted by Spanish specialty HVAC company Tayra, these needlepoint bipolar ionizers were placed inside of a room where coronavirus patients had been housed. Within 10 minutes, the ionizers destroyed 99 percent of the coronavirus particles in the air and 80 percent of surface-living particles. Thanks to NPBI, the once deadly environment was turned into a nearly contaminant-free environment within 24 hours.

With seniors housing communities struggling to maintain occupancy and provide peace of mind to residents, staff and family, NPBI systems offer an effective solution to keeping residents safe and bringing occupancy rates up. This technology will not only provide safer, cleaner air for the current pandemic, but it will also offer an extremely cost-effective investment in clean air for the future.

Julie Fields serves as the marketing coordinator for Core Green Technologies, which aims to bring sustainable technology and renewable energy options to the commercial market. 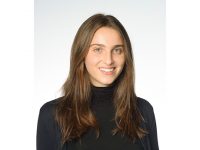 How to Keep Residents ‘In Tune’ During Quarantine October 9, 2020

Independent Living Operators Can Focus on Facebook During Quarantine April 30, 2020

Technological Tools Need to Talk To Each Other January 6, 2020