Private equity funds are flush with capital, but finding quality properties that offer attractive yields is a tall order.

What good is all the money in the world if you can’t spend it?

“Private equity has raised a lot of money,” says Bill Kauffman, senior principal at the National Investment Center for Seniors Housing & Care (NIC). “The question is: Are they putting it to work?”

Private equity funds have attracted money from all over the world to invest in U.S. seniors housing. With so many interested investors — including pension funds, life insurance companies and high-net worth individuals — property prices have swollen and investor yields have dropped.

Many private equity funds now have a hard time finding investments that can provide the yields they promised their investors. Several have bought fewer seniors properties so far in 2019 compared with prior years. Others now invest in development or lend money to seniors housing properties.

There seems to be no limit on how much money investors are willing to plow into established private equity funds to make investments in seniors housing.

Private equity funds targeting the seniors housing sector raised more money in 2018 than ever before. All totaled, 34 funds raised $15 billion to acquire properties (independent living, assisted living, memory care and skilled nursing), according to Preqin, a data firm specializing in alternative assets with offices in New York City and London.

Those figures are up from 2015, the previous high, when 25 private equity funds raised $10.8 billion from investors.

Fundraising for seniors housing has exhibited “prodigious growth” in recent years, says William Clarke, spokesperson for Preqin. “We would expect to see appetite for the sector to stay strong in the next few years.”

“All of this capital and interest in the sector results in some compression on returns,” says Steve Blazejewski, managing director for PGIM Real Estate, based in Madison, N.J. PGIM Real Estate is the real estate investment arm of PGIM, the investment management business of U.S.-based Prudential Financial Inc.

The average capitalization rate for seniors housing, including assisted living and independent living properties, was 6.8 percent for the 12-month period that ended June 30, according to New York City-based Real Capital Analytics (RCA), which tracks property and portfolio sales. That’s close to the low point of the current real estate cycle — 6.5 percent — in 2015.

Many seniors housing properties face stiff competition from new developments in their markets, leading private equity funds to become more selective about the properties in which they are willing to invest.

Private equity investors are also struggling to find worthy operating partners to run their properties. “Because of this influx of capital, we are seeing more intense competition for investment opportunities and, more importantly, for the best operating partners and relationships in the business,” says PGIM Real Estate’s Blazejewski.

As prices keep rising, private equity funds are no longer the predominant bidders for existing seniors housing properties, a big contrast from just a year or two ago.

Private equity funds of all types — including core, opportunistic and even debt funds — invested $2.54 billion in the seniors housing sector from the beginning of 2019 through July, according to Preqin. That’s a lot less than in prior years.

RCA reports that private equity funds have also sold more properties than they have acquired thus far in 2019. RCA’s “institutional” buyers category, which includes leading private equity funds, accounted for $1.3 billion in seniors housing dispositions in the first half of 2019, compared with $1.2 billion in acquisitions.

In contrast, institutional investors were net buyers of seniors housing for most years since the Great Recession, buying a net $1.2 billion in assets in 2018 and a net $4.3 billion in 2017.

Publicly traded real estate investment trusts (REITs) are back as buyers of seniors housing, after years of relative inaction. They accounted for a paltry 1.5 percent of all purchases of senior housing in 2016, 2017 and 2018 combined, according to CoStar.

“In the first two quarters of 2019, they have been responsible for 30 percent of purchases,” says CoStar’s Rybczynski. “They are returning to the market in a big way… they appear to be elbowing out other buyer types, particularly private equity.”

REITs appear to be especially interested in large deals. “The REITs typically bid very selectively so when they do bid, they are very serious about the deal,” says Cushman’s Swartz.

The rising prices of REIT stocks, and healthcare REITs in particular, have helped nudge them to get off the sidelines and start acquiring assets again. New lows for interest rates have also helped REITs reduce their borrowing costs. “This has brought their share price back above their net asset value and made it tenable for them to purchase again,” says CoStar’s Rybczynski.

Private equity funds are likely to have to bid against REITs to buy properties because they are becoming increasingly interested in the kind of strong seniors housing properties that REITs have always been most interested in buying and holding.

“With the evolution of the industry, we are seeing an increased need for “core-like” seniors housing real estate and returns, which is likely to be more competitive with REITs,” says PGIM Real Estate’s Blazejewski.

Other private buyers, like private REITs, provide demand for many smaller properties and more opportunistic deals. “The balance between the public and private markets will continue to fluctuate over market cycles, which should provide a healthy capital markets environment overall for the seniors housing sector,” says Robb Chapin, CEO of Bridge Seniors Housing at Bridge Investment Group.

Bridge was the second biggest buyer of seniors housing and care properties during the past year, according to RCA’s “Top Players” list. Bridge came in ahead of all other buyers except for Welltower, the giant publicly traded REIT based in Toledo, Ohio. Bridge spent $678 million to buy 21 seniors housing properties over the 12-month period that ended June 30, according to RCA. Bridge also sold nine properties for $228 million.

However, even top buyers like Bridge can find it challenging to identify attractive properties and win the bidding war. “The increase in the number of funds has led to a deeper and more competitive investor field,” says Blake Peeper, deputy chief investment officer for Bridge. “Identifying sound investments in the face of new supply and wage pressures has led to a challenging investment environment.”

“We’re seeing attractive acquisition opportunities in the space — many of them off-market,” says PGIM Real Estate’s Blazejewski. “This is still a very relationship-based industry.”

“We find there is tremendous opportunity to invest in seniors housing,” says Kayne’s Selznick. The fund manager has created its own operating and asset management platform in order to create opportunities to invest in seniors housing. Kayne also has “a sourcing machine that we have cultivated through relationships with operating partners as well as repeated transactions with major investors and operators in the sector.”

But Kayne sold even more properties than it bought — a total of 13 seniors housing properties for the sum of $410 million, reports RCA.

“REITs continue to drive liquidity in the industry,” say Selznick. “Kayne has transacted with two public REITs in the last six months, for example.”

Some private equity funds are finding other ways to invest in seniors housing without having to win the bidding wars that.

Many have created debt funds. “Most of these are not just mezzanine lenders,” says Swartz. Instead many of these lenders offer senior debt to seniors housing construction projects or seniors housing projects in transition.

These funds focus on investments like subordinated debt within the alternative asset classes targeted by the fund, in addition to buying the riskiest bonds backed by pools of Freddie Mac mortgages to seniors housing properties.

Some private equity funds have also become wary of paying high prices for properties to renovate.

“Those deals tend to get bid up,” says Scott Stewart, founder and managing partner of Capitol Seniors Housing (CSH), a private equity fund manager based in Washington, D.C.

A few years ago, CSH focused mainly on value-add investments in seniors housing. However, there are relatively few properties available for sale that have not already been recently renovated. “A lot of those bison have been shot,” says Stewart.

Also, smaller private investors and private REITs are often willing to pay more than other bidders for properties to renovate. In the last 12 months, CSH has pursued perhaps a half-dozen value-add opportunities. Each time, another buyer was willing to pay more for the property.

CSH opted instead to focus on developing new seniors housing properties. The fund manager will open six new properties in 2019, largely during the summer and early autumn. All six properties bring both assisted living and memory care units to strong suburban areas where it is difficult to build.

Leasing is going strong for these properties, even before they open. “We are averaging a third of the units pre-leased on all six properties,” says Stewart.

CSH also exercises caution in its development approach in order to avoid going head-to-head with competitors in a saturated market.

“We try to steer away from markets and even states where it is easy to get a building permit. We don’t want anything to get built across the street that is going to eat our lunch,” says Stewart.

CSH is also exploring a new development opportunity — active adult seniors housing. These properties are reserved for residents who are age 55 and above. The properties are similar to independent living properties, but without dining services.

Capital has taken over a partially finished active adult property in Cinnaminson, N.J., and has development sites under contract including one in Indianapolis and a second in Texas. The active adult units at these projects will be designed to appeal to persons age 55 and older who don’t yet need services such as full-service dining provided at independent living communities.

Specifically, CSH is building common areas at its new active adult developments that can eventually be transformed into a dining room and a commercial kitchen as the residents age in place and need more services

It is another way for the private equity fund to invest in seniors housing and hopefully unlock value that hasn’t already been recognized by other investors.

Says Stewart of CSH: “We are taking advantage of the first group of baby boomers that is there right now.” 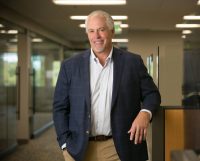 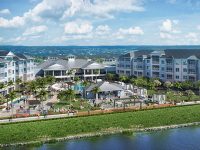 Why So Many Investors Are Chasing Active Adult October 12, 2021 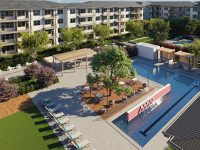