Companies that stay with the times have a better shot at filling rooms.

The ubiquity of the Internet has paved the way for a slew of new sales and marketing techniques to spring up over the last 20 years. However, while other industries embrace and experiment with digital marketing, seniors housing operators often stay stuck in their analog ways.

“Seniors don’t use the Internet” is the argument that is often voiced, but it’s simply not true. For example, the percentage of seniors who use smartphones more than doubled from 29 percent to 59 percent between 2013 and 2016, according a Pew Research Center study. That same report showed that 67 percent of seniors have some form of home Internet, and more than half had high-speed broadband Internet in their homes.

For those that embrace digital efforts, approximately 50 percent of new leads come via the web, according to seniors housing marketing firms Love & Company and GlynnDevins. This applies to both the seniors, who are using the web in ever-growing numbers, and the adult children who might help the parent search for a community that fits their needs.

“It’s amazing to me the number of clients that haven’t yet dipped their toe in the digital water,” says Jessica Kraft, executive vice president at Minneapolis-based Bluespire Senior Marketing, another seniors housing marketing firm. “There are tremendous opportunities for low costs and high returns on investment there.”

Of course, simply starting a pay-per-click ad campaign isn’t enough, adds Kraft. For digital marketing to really show results, the strategy must be comprehensive and well thought out.

“There must be an overall integrated plan, making sure you’re targeting users everywhere with a clear story and tracking data on the back end,” says Kraft. “A lot of people are still throwing darts at the wall and hoping something sticks.”

Examples of other industries that do a fine job of marketing to their customers include dentistry and automotive repair, where oftentimes an appointment is followed by an email thanking the customers for their visit and encouraging them to complete an online review.

For example, pay-per-click (PPC) ads should promote a specific topic, such as a custom white paper written by, or for, the operator. Users should then be sent to a landing page that collects their personal information for future lead follow-ups before giving out the white paper to read. However, many operators simply link to their homepage. The user is confused as to what to do next and often leaves.

“If you click and then you’re on a general website with no clear next step, as a customer you’re thinking, ‘What just happened?’” says Mann.

Articles or white papers such as “Living with Memory Loss” or “Staying Fit Over 70” provide fresh, informative content of interest. This improves rankings in search engines and offers something of value to the type of customer who may soon be looking for seniors housing.

“A lot of communities don’t understand that a digital lead is very different than a traditional advertising lead,” says Mann. “You can’t call or jump on them as soon as they click on something. They’re saying, ‘hey, treat me differently.’”

A lead found digitally needs to be nourished carefully. By offering something of value, operators can establish a relationship of trust and genuine interest, instead of jumping in with a sales pitch, says Mann.

Once a lead is established, the best approach is to create a “kaleidoscope of touch points,” according to Rob Adams, a senior vice president with Kansas City-based GlynnDevins.

Adams was the founder of Brooks Adams, a seniors housing research firm that merged with GlynnDevins in 2016. Because of this background, he’s a big believer in continuously updated data and analysis to make sure digital marketing campaigns are running as efficiently as possible.

“What we’re looking for is the right message at the right time in the right channel for the right person,” says Adams. “Stop using the same message for everyone. Customize your message based on the individual and their behaviors.”

The information gathered is key to speaking to each lead. For example, the person who downloaded the white paper on memory loss almost certainly has someone in their lives with memory challenges, and can be approached from that viewpoint.

It all comes down to the data, says Adams. And that data should be always flowing, and frequently looked at.

“The new paradigm is for real-time research, meaning you have your own database of residents, wait lists, leads, general population, etc., and that you’re able to survey those individuals all of the time, not just once a year or every quarter,” says Adams. “You need real-time research because that’s speed at which our industry is changing.”

Adams suggests that a marketing budget should be between 40 percent and 50 percent dedicated to digital tactics, whether the website, marketing automation, pay-per-click advertising or the ever-important reputation management.

Regrettably for seniors housing operators, many people are going to use the web to complain about the communities. The result is a negative online reputation that can drive leads to competitors or away from seniors housing entirely.

“Unfortunately, once it’s online it never goes away. The most successful way to improve that situation is to push negative content down,” says Mann. “You have to keep adding valuable content and positive reviews that put your community in a much better light, and just keep piling it on.”

Negative reviews are especially concerning as online reputation becomes a bigger factor in search engine results. As a result, communities need to find ways to solicit positive reviews from their happiest residents. Something as simple as encouraging residents and families to leave a positive note on Google Reviews can have far-reaching results.

“We’re not too far from asking, ‘Alexa, what retirement community should I move to?’ and getting a recommendation based on behavior, location and online reviews,” says Mann. “In the future of digital marketing, online reviews are going to be huge.”

Of course, a genuinely positive reputation always starts at the same place — with employees. Naturally, communities with a talented and caring team will get positive reviews and a strong reputation that makes for long-term positive effects.

“If you think about what residents are actually buying, it’s the staff and services,” says John Falldine, CEO of Bluespire. “If the community has a good culture, it becomes a family to the resident. Leverage that.”

Staff is key not only for keeping residents happy, but also for implementing all the digital marketing efforts. If a community doesn’t have staff buy-in on a marketing campaign, it’s destined to fail.

Staff can also be the creator of the aforementioned digital content, making them the voice of the community to the outside world. However, it’s extremely important to have an inspired employee with both the time and the inclination to keep the content flowing.

“Now and then you’ll have a CEO who does a good bit of writing, but often we supplement content for our clients,” says Mann. “The beauty of content is it’s the gift that keeps giving. Once it’s online, it never goes away.”

Many communities cost themselves money by straying away from the basics: training and benchmarks, notes Adams. To avoid this pitfall make sure re sales team members are selling in line with the culture of the community.

“Do ongoing learning and sales training. It’s a relationship-based sale in our industry. Nurturing your referral sources and being in contact with them through technology platforms is really critical.”

Be a community resource

Another marketing strategy that is based on reputation is to make a community a resource to the surrounding area. The more a seniors housing community can open itself to the public, the better it will be perceived by that public.

Although he admits it’s “not a quick fix” to existing challenges and is “a hard sell when you’re at 70 percent occupancy,” it is a long-term approach to building a strong reputation.

“You have to do it not expecting a lead. You do it for all the right reasons and become a resource for your neighborhood. That will bleed into referral sources, your reputation and your goodwill,” says Falldine. “It won’t drive leads tomorrow, but it’s not something enough people do.”

The end result is a positive view of a community by seniors and their adult children. Then, if a person’s need for seniors housing suddenly becomes urgent or a higher priority, the decision to move into that community is obvious.

This is all part of the idea of creating a specific culture for a company or community, and communicating that culture on every level. That includes the digital marketing, the outreach events, and what a community actually looks and feels like on the inside.

“It’s important all your messages work together and use the same strategy, so you don’t confuse the market,” says Kraft. “Differentiation is essential. Some communities don’t even understand what makes them different to sell prospects on it.”

Differentiation will become even more important in the age of the Internet, suggests Mann. When seniors can get transportation, food and home health all from an app, why would they ever need to leave their home?

Of course, isolation has well-documented negative physical and mental effects on seniors. The seniors housing industry must sell potential residents on the cultural, social and health benefits of being around other people.

Despite seniors housing’s relatively low penetration rate, which ranges from about 10 to 12 percent of the potential resident population, there are some positive signs emerging, notes Mann.

The key, he says, is to show prospective residents that moving into seniors housing is something they should want to do. Communities that make themselves an aspirational move for seniors, rather than a move made out of necessity, are performing quite well.

As an example, Mann mentions the Latitude Margaritaville locations, which are more like vacation resorts targeted toward musician Jimmy Buffett’s famous “Parrothead” fans. The communities have an incredibly strong culture and brand, and as a result are doing incredibly well.

“People camped out for days in line to reserve an apartment. That’s because that’s an aspirational move,” says Mann. “Granted, we don’t all have the Jimmy Buffett brand or a beach to offer, but we should be looking to move our brand to a more aspirational position.” 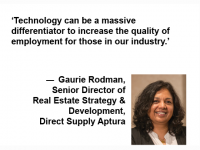 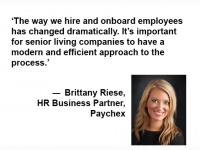 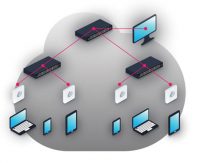 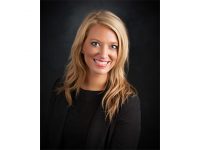 How to Manage the Great Resignation February 3, 2022

How to Leverage Technology to Stabilize Staffing Shortages January 25, 2022