Named Kingsboro at Lenbrook, the four-acre expansion project is scheduled for completion in 2022. Development costs were estimated at $115 million.

The project will bring Lenbrook’s total number of residences to 479, including independent living, assisted living and skilled nursing. 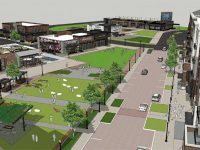