As shovel-ready projects get put on hold, seniors housing developers are looking 24 months ahead hoping that by then the economic outlook will have improved. For now, they worry about a possible recession and rising costs for everything from debt financing to building materials as they turn their immediate focus to repositioning opportunities.

“The industry has been hit with macro-economic shocks,” said Adam Heavenrich, managing director at Heavenrich & Co., a Chicago-based investment brokerage firm. “What you hear is that if you’re developing now, you’re crazy.”

The development panel included experts who analyzed the smartest plays for the upcoming year. They recounted a growing list of barriers to new construction.

The industry is still clawing its way back from the occupancy declines due to the pandemic. Seniors housing occupancy stood at 82.2 percent at the end of the third quarter of 2022, according to data analytics firm NIC MAP Vision. Inflation, last pegged at an annual rate of 8.2 percent, is having widespread fallout on new starts, the panelists said.

Interest rates are rising along with the cost of debt. The yield on the 10-year treasury note was 4.21 percent Oct. 21, compared to 1.68 percent a year earlier. Cap rates are climbing, and lenders are becoming more hesitant to underwrite new construction, the panelists said. The increasing cost of building materials, insurance premiums and wages are all furthering the challenge to generate meaningful returns.

Added to that, the higher cost of home mortgages is slowing that market — a red flag for senior living, according to the panelists. Older homeowners are less likely to be able to sell their homes to move into senior living. They’re also more likely to stay put, if possible, until the housing market recovers.

“The next 18 to 24 months could be tough for development,” said panelist Frankie Pane, co-president, GSI, Transforming Age. “We’re bearish in the short run.”

Developers are focused on repositioning existing properties. “We’re seeing a shift to renovations,” said panelist Tracy Wallschlaeger, senior business development consultant at Direct Supply Aptura, a seniors housing design and services firm. She noted that amenity spaces are being updated along with the reconfiguration of community kitchens to efficiently provide the restaurant-style dining preferred by today’s residents.

Industry veteran and panelist Bill Pettit is focused in the near term on repositionings. Pettit, who served as president of RD Merrill for more than 30 years, recently launched a seniors housing consulting and investment firm, Seattle-based Black Dog Capital Advisors. He expects a three- to five-year window to consult with capital sources on their impaired communities.

Pettit is also raising a fund to acquire value-add seniors housing assets and the development of active adult communities.

Looking ahead, Pettit thinks the active adult market holds promise. He said new development designs will focus on baby boomers and their preference for a la carte services rather than the all-inclusive packages typically offered by full-service senior living communities.

“I think the active adult product could expand the senior living market by letting people choose the services they want,” said Pettit. He also noted that the vast majority of baby boomers won’t have the funds to afford full-service senior living. “The reality is that they haven’t saved much,” he said.

Panelist Rick Banas, vice president of development at Gardant Management, has won approval from the Illinois Department of Healthcare and Family Services for new affordable memory care units at or near 20 existing supportive living communities. The communities operate similar to that of assisted living buildings and are financed with tax credits. A Medicaid waiver helps pay for services.

Gardant has two more supportive living projects under way in the Chicago area and two communities in development in Indiana. Banas noted that the Indiana buildings were financed during the pandemic and construction costs have risen since then.

The panelists also commented on big hikes in property insurance premiums, due mostly to weather-related events such as the hurricane in Florida and the wildfires out West.

“Carriers don’t like wood construction,” said Pane. Insurance underwriters are pulling out of California if the project is “stick built,” according to Pettit. That means new development requires a more expensive metal frame. When you add up all the rising costs, Pettit said, “It’s a big stress.” 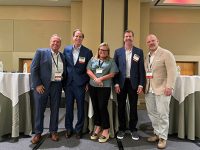 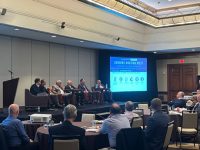 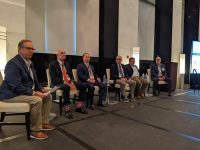 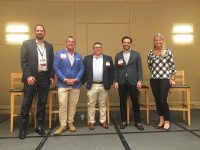 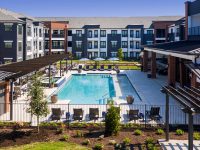