Factors such as age, acceptance and health should not be overlooked.

Successful congregate seniors housing development is built at the intersections of age, acceptance and health of the consumers. A thoughtful understanding of these three factors is at the heart of market analysis and feasibility studies.

While a good feasibility study does not ensure good occupancy, a poor one may lead to years of very expensive, negative consequences.

Occupancy in seniors housing is driven by the demographics of age. The size of the age cohorts is critical, since increasing age is positively correlated with acceptance of congregate seniors housing as a solution.

The average age of relocation to an independent living community is 84, and to an assisted living residence is 86. However, the demographic data presented in market analysis focuses on the 65-and-older cohort. A feasibility study based on the wrong target age segments will be built on erroneous assumptions.

Only recently have trade publications begin to suggest demographics as a way of explaining poor occupancy and penetration rates. If occupancy or lease-ups have not met expectations, review the demographic data to confirm the validity of the assumptions.

Acceptance: Aiming at the right target

Targeting the correct age group is critical to success. Because of the rapid increase in live births after World War II, from 1945 through around 1955, great interest has been focused on these leading-edge baby boomers. Ken Dychtwald in his 1988 landmark book “The Age Wave” helped rivet public media and business attention on the potential of this market.

Baby boomers are far from a monolithic market, and the oldest among them are only 76 years of age. While some of these leading-edge baby boomer consumers may be inclined to relocate to age-qualified congregate housing such as independent living, acceptance appears to be low except in select marketplace areas in retirement destinations like Florida, Arizona, Texas and the Carolinas.

Unlike the 85-and-older cohort, among which chronic disease, mobility and cognitive impairments prompt appetite for lifestyle change, many of the young-old, leading-edge boomers resist the perceived surrender implied by a “retirement community.”

Penetration rate varies between 5 to over 20 percent from one location to another, as well as by ethnicity, socioeconomic status and health.

The most widespread error among market analysis and feasibility studies is the failure to adjust for the decline in live births that occurred between 1925 in 1945, referred to as the “Demographic Dip.” Because of the Great Depression, the Dustbowl and other environmental and economic circumstances, the rate of live births in the United States dropped significantly starting in 1925, reaching a low point in 1935 and 1936.

The impact of the Demographic Dip on seniors housing translates into a drop in the number of potential clients over age 85 today, and about a 10-year lag before the leading edge of the baby boomers reaches this key age where demand for services is likely to increase.

Longevity increases have compensated somewhat for the Demographic Dip. While live births declined from 1925 to 1935, people born during that period are enjoying longer lifespans. Average life expectancy for this cohort increased about six years (a 10 percent increase).  However, these increases in survival are not enough to compensate for the dramatic decline of over 750,000 live births in the target 85-and-older age cohort (a 25 percent decrease).

Local circumstances often result in significant differences between and among marketplace areas. For example, some areas were more affected

by the Great Depression and/or the Dustbowl than others. Dramatic decreases can sometimes be measured, while in other locations the declines are hardly noticeable.

Mobility and migration also play an important role in local demographics. Over the past 30 years there has been migration of older adults from the North to the South (Florida, Arizona and Texas, for example) with corresponding losses of population from the source marketplace areas.

As a result of the pandemic, these migratory patterns are accelerating and changing; densely populated cities such as New York are experiencing population loss while Florida and Georgia have increasing populations. These more recent changes are localized, requiring careful consideration during the post-pandemic timeframe.

The entire supply of age-qualified congregate seniors housing and care must be inventoried in an effective market analysis and feasibility study. Potential competitors include skilled care, board & care, rehabilitation centers, independent living and assisted living. An accurate picture of the local demand-supply dynamic requires this rigorous inventory. Until recently, there has been an increasing supply of purpose-built seniors housing.

While inventory was increasing steadily from 2011, demographics were headed in the opposite direction, as demand based on demographics decreased.

As an individual’s health declines over time and the burden of chronic disease grows, acceptance of congregate seniors housing as a solution increases significantly. Among the 65- to 74-year-old cohort, 6 percent report relocating for health reasons; among the 75-and-older cohort, this proportion swells to 26 percent.

Estimating demand for seniors housing requires a carefully stratified analysis of the age cohorts, applying epidemiological metrics to each age tier. This is particularly important when measuring anticipated or existing demand for services of those with cognitive impairments. Alzheimer’s disease and related disorders, as well as cognitive impairments which are not dementias (CIND), have well known epidemiology.

The popular media, encouraged by special interest groups, have published hyperbolic exaggerations about these disorders. A thoughtful analysis can reveal the true underlying “market” to add valuable, predictive accuracy to the market analysis.

In the next five to 10 years, the leading-edge baby boomers will enter the time of their lives when seniors housing becomes more top-of-mind. It is unlikely that their preferences will be similar to those of the Silent Generation who are now entering seniors housing.

The coronavirus pandemic has had an impact on seniors’ housing and care. Because a disproportionate number of COVID-19 related deaths occurred to those in nursing homes, consumers’ attitudes have been deeply affected. Nursing homes were the target of the negative media coverage, while assisted living and independent living seem to escape much of the critical glare.

These impacts and the attitudes affected must be carefully analyzed in terms of consumer preferences.

The intersection of age, acceptance and health is at the heart of good market analysis and feasibility study. Too many operations struggle with occupancy challenges because expectations weren’t correctly laid out.

With over 40 years of sector experience, Irving Stackpole is the president of Stackpole & Associates Inc., a marketing and research firm he founded in 1991. 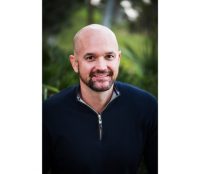 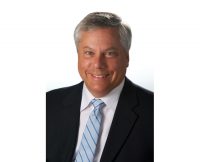 It’s Time to Reevaluate Your Existing Property Insurance Coverage May 9, 2022 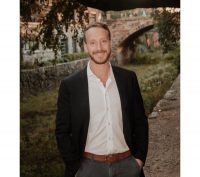 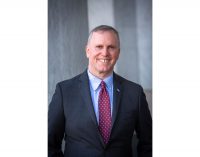 How Senior Living Facilities Can Be More Inclusive May 2, 2022 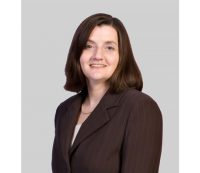