“The increase in seniors housing occupancy despite the highly contagious Omicron variant is a testament to the success of the COVID-19 vaccines and to the infection control policies operators put in place to keep residents safe,” says Beth Burnham Mace, chief economist and director of outreach for NIC.

The Omicron variant peaked in early 2022, but by early February was already starting to wane.

The low supply of seniors housing properties could be a driver of occupancy growth. Inventory growth in the first quarter was the weakest since 2013 because of the pandemic-driven slowdown in construction starts in 2020. Units under construction measured the lowest since 2015.

“It takes about two years for a seniors housing property to be built and opened, so the low number of units under construction means that supply will likely stay low and support higher occupancy,” says Chuck Harry, NIC’s chief operating officer. “This is a positive trend for the industry as it recovers units vacated during the pandemic.”

According to NIC MAP Vision, 59 percent of the senior housing units vacated during the pandemic have now been re-occupied. Boston (85.5 percent), San Jose (84.5 percent) and Portland (84.4 percent) had the highest senior housing occupancy among NIC MAP’s primary markets. The markets with the lowest occupancy rates included Houston (76.7 percent), Atlanta (76.5 percent) and Cleveland (76.3 percent). 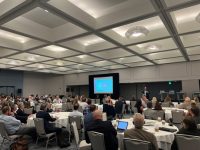 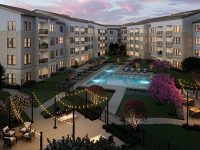 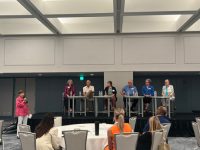