The Renaissance, located on 88 acres in Olmsted Falls, opened its facilities in 1989 and features a total of 314 units of senior living and care. The Devon Oaks campus was established in 2000 and operates a 66-unit assisted living facility (12 designated for memory care) in Westlake. Eliza Jennings Home was originally established in 1888, incorporated in 1922, and owns and operates a 126-bed residential and licensed skilled nursing home in the City of Cleveland.

The financing consists of a mix of tax-exempt, fixed-rate bonds structured to achieve level debt service with a 20-year final maturity, along with directly placed, variable-rate bonds through a local Ohio bank.

As a result of the financing, the new bonds are Eliza Jennings’ only outstanding debt. Ziegler worked closely with Eliza Jennings’ financial advisor, Roberts Consulting LLC.

Cambridge Provides $15.3M HUD Refinancing for Continuing Healthcare of Niles in Ohio May 10, 2022 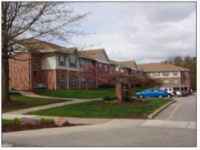