FORT WASHINGTON, Pa. — Acts Retirement-Life Communities, one of the nation’s largest nonprofit senior living organizations, has acquired an 80,000 SF office building in Fort Washington for an undisclosed price. Acts will move its headquarters to the building and will be the sole occupant.

Acts will move its operations from West Point, just a few miles away. Both municipalities are northern suburbs of Philadelphia. Acts has operated out of its current headquarters since 1989.

The office complex was built in 2006 and will serve Acts’ primary base of operations for its 26 senior living campuses located throughout the East Coast, including 12 in the greater Philadelphia area.

“The location of our new corporate headquarters in Fort Washington is a significant component of our ongoing growth strategy and takes us back to the same town in which the organization was founded some 48 years ago,” says Gerald Grant, Acts president and CEO.

“Bringing our corporate services from various locations in the surrounding area together in Fort Washington will allow us to more efficiently and effectively leverage our resources in service to our residents and Acts’ mission.” 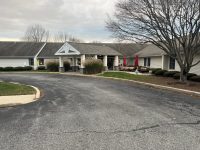 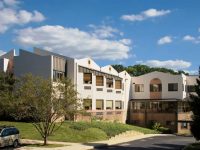