Evergreen plans to update the 270-unit apartment tower through an $18 million capital improvement program that will preserve the building’s historic facade and restore other original design elements.

The 11-story property comprises a mix of 33 studio, 209 one-bedroom and 28 two-bedroom apartments, all of which will be preserved as affordable housing for seniors and disabled individuals. Evergreen will both own and manage the community.

Designed by architect Max Dunning, the building opened in 1917 as the luxurious 600-key Hotel Winton. The hotel’s greatest claim to fame was its head chef, Ettore Boiardi, better known as Chef Boyardee.

The property was redeveloped as an apartment building following a fire in 1971. The building’s facade is currently subject to a Historic Conservation Easement granted by Cleveland’s Historic Gateway Neighborhood and Historic Warehouse District.

Evergreen Construction Co., an affiliate of Evergreen Real Estate Group, will serve as general contractor on the renovation work, with construction set to begin in June. Residential and commercial tenants will remain in place during the redevelopment, which is scheduled for completion in December 2022. 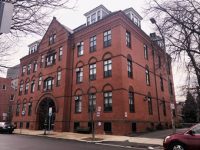 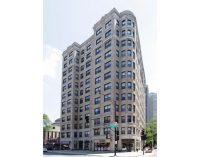