Lessons learned from the Global Financial Crisis can offer a blueprint for this new recovery.

The social and economic impact of COVID-19 has shocked all economic sectors in a variety of ways.

For seniors housing, the impact is felt on many different levels. From the news headlines about the spread of the disease in nursing homes to financial strains felt by declining occupancy and higher operations costs, seniors housing is facing its most challenging time since the industry began.

The last major challenge the industry faced resulted from the Great Financial Crisis of 2008 (GFC). Although there was no health threat then, the occupancy challenge caused by overbuilt product and the abrupt economic crash makes this crisis feel familiar.

Analyzing the similarities and differences between the COVID-19 crisis and the GFC from the perspective of operations, financial performance and investment provides guidance for investors and operators during this challenging period. Further, this analysis forms the basis for considering questions that remain as the industry moves forward out of the crisis.

For the past decade, seniors housing enjoyed financial growth and attention from institutional capital. Quality standards have risen, and high-end luxury products have changed the perception of the industry.

Before this period, however, the GFC stressed senior living just as it was developing into an investment-grade real estate sector.

In the late 1990s through the 2000s, the assisted living and memory care products saw explosive growth fueled by companies such as Sunrise and Marriott. In fact, when the GFC hit, inventory growth in the sector was at an all-time high.

But between 2007 and 2009, seniors were unable to sell their homes for a decent value, as housing prices slid 20 percent. In addition, the cohort reaching the target seniors housing age was the Great Depression generation, which had the lowest birthrate of the 20th century.

Between 2008 and 2012, rent rates grew between 1.5 percent and 3.5 percent year over year. Surprisingly, the industry saw only one quarter of negative absorption in 2009 — fewer than 1,000 units nationally.

The pressure to fill inventory pushed operators to develop more effective marketing strategies, which are widely used today. For example, dining became one of the major drivers for resident satisfaction, which led operators to hire chefs to create dining experiences that were better than the competitors’.

The seniors housing sector’s positive performance during and after the GFC garnered the interest of investment-grade capital as it became defined as a “need-based” sector, and thus more resilient than other real estate investments. Since that time, seniors housing has been among the top real estate sector performers.

As the country continues to reopen after stay-at-home orders, much is unknown as to where the sector will land. On the inventory side, construction has slowed slightly over the past two years, but there is considerable inventory in lease up. Early signs indicate that despite the bad press, most assisted living communities are seeing continued interest by way of virtual tours and inquires.

Some industry experts believe that adult children spending more time with their parents during lockdown has revealed an unmet need for care that may have been masked in routine phone calls and visits. Additionally, with the aging of America, it is possible that demand for senior housing will outpace supply between 2025 and 2030.

Positive impacts on housing and staffing

At the start of the COVID-19 crisis, it was widely speculated that housing would suffer the same decline as it did in the GFC. However, data over the past two months has shown an inventory reduction. This, coupled with lower interest rates, has resulted in an uptick in housing prices.

Prior to the current crisis, staffing was a major challenge for the industry — with unemployment at an all-time low creating pressure for higher salaries. During the crisis, the sector has been able to utilize furloughed hospitality employees to bolster staffing while illustrating the job security and the sense of community that comes with seniors housing employment.

In the press, the independent living and assisted living providers have been characterized as being nothing more than prisons for seniors, where residents are locked in their apartments with little to no interaction.

While the safety of the resident is paramount, we have yet to hear the voices of these residents and their experiences during COVID-19. Hearing and learning from the residents’ experience will be vital to both operators and the public. It is important to assess if seniors who were in an independent or assisted living community were safer than those who were not.

Currently, the industry is receiving negative press due to the nature of the disease and potential early missteps by communities and zealous reporting. We now know it systematically harms those with preexisting health conditions, which is most apparent in the skilled nursing sector — a different sector entirely from private-pay seniors housing. This distinction is important to note as the skilled nursing sector finds itself facing an immense challenge with COVID-19.

Despite these unknowns, the seniors housing industry is strong. Part of the aging process will always include needing some form of assistance for many people, and current demographics are in the industry’s favor. Therefore, the need for continued capital and consumer support will only grow.

As an industry, getting through this pandemic together will only strengthen the sector in ways we are just now learning.

Bryon Cohron serves as vice president for ProMatura and collects and analyzes economic, demographic and industry data that describes or impacts the housing market. Cheri Clarke Doyle serves as senior vice president for Trammell Crow Co. in the firm’s Philadelphia Business Unit. In this role she is responsible for sourcing and overseeing new seniors housing and healthcare development in the Northeast. 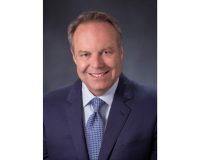 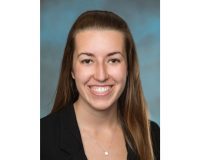 How to Stay One Step Ahead of Increasing Technology Needs January 26, 2021

Lessons Learned for Moving Residents In and Out December 18, 2020

A Guide to Overcoming the Pandemic November 23, 2020

How Do We Protect Seniors from Airborne Particles? November 23, 2020