In the face of growing competition, assisted living owners and operators are renovating and repositioning their aging properties.

Over the last few years, the construction boom that delivered thousands of new senior living units to the market has produced tough competition for existing projects. New buildings open near old ones. A 20- or 30-year-old assisted living building can easily look tired, especially when compared with the state-of-the-art project down the street.

Owners and operators of older properties are taking different approaches to maintain occupancy. The amount spent on improvements depends on the condition of the property, and local market dynamics. Some projects are being totally repositioned. Others get tweaked with simple upgrades such as new paint and carpet.

At the same time, innovative programming is being introduced at older buildings along with the latest technology. Trendy amenities such as multiple dining venues are common additions, too.

Some owners and operators skimp on capital expenditures, hoping to temporarily boost their bottom lines. Or they figure a new owner can handle the work when the property is sold. But others are investing heavily in existing properties, preparing for the next wave of residents as demand picks up.

LCB focuses on investment opportunities where it can add value to a property, especially ones where the owner may have not made regular upgrades. The company owns 24 senior living properties and manages two others. The properties offer a mix of independent living, assisted living and memory care.

Adult children don’t want to move their moms into antiquated facilities, notes Stoller, adding that consumers prefer a hospitality-type vibe. “Get rid of the ’90s furniture,” he says.

The need for capital spending

The supply of senior living buildings has been growing, creating more competition for older properties.

About 138,000 senior living units have been added to the top 99 primary and secondary markets in the last five years, according to the National Investment Center for Seniors Housing & Care (NIC), headquartered in Bethesda, Maryland. Of those, about 88,500 are assisted living units (see chart, page 26).

Assisted living has been most impacted by the surge in construction. Assisted living occupancy in the second quarter of 2019 fell to 85.1 percent in the top 31 primary metropolitan markets, the lowest point since NIC began collecting data in 2006.

New starts of senior living properties are declining, however. Assisted living construction as a share of inventory in the top 31 primary markets peaked at 9.5 percent in the third quarter of 2016. By the end of 2019, the share of inventory had dropped to 6.2 percent. Also, demand for all types of units is picking up as the population of seniors who need care continues to grow.

“This oversupply cycle is starting to fade,” says Daniel Bernstein, senior REIT analyst at Capital One Securities, based in Vienna, Virginia. Owners may be tempted not to spend on improvements as occupancies improve, but that approach could come back to bite them, emphasizes Bernstein. “Owners should be putting funds into capital expenditures.”

Property improvements are not just a defensive strategy, but also an offensive weapon, says Bernstein. He cites the example of Ventas, the giant Chicago-based REIT that redeveloped 10 older assets annually coming out of the last recession, and as a result produced 5 to 8 percent growth in net operating income (NOI) as demand picked up and the supply eased.

Bernstein predicts a repeat of that scenario in the next few years. “There is a definite upside to repositioning an older building,” he says.

Statistics are not available on the number of renovations currently underway, or the aggregate dollar amounts. Owners and operators typically set aside capital for annual improvements. Amounts range from about $1,000 to $1,400 per unit annually, sources say.

Balfour Senior Living, with about 850 units, spends approximately $3,000 to $5,000 per unit annually on upgrades and repairs. “We tend to be the price leader in our markets,” says Michael Schonbrun, founder and CEO of Balfour, based in Louisville, Colorado. “We spend heavily to maintain our market edge.”

Competition from a new building represents a threat, but an older facility that has been updated and offers a comparable service package holds an advantage. “The older building usually has a better location,” says John Rijos, founder of Chicago Pacific Founders (CPF), a private equity firm, and CEO of CPF Living Communities.

CPF owns and manages 42 senior living communities and manages 14 for other owners. New buildings tend to be situated in less desirable locations farther away from population centers where land is available. The company refreshes and renovates its buildings regularly, adding new dining venues and upgrading units and building systems. “It gives us an enormous competitive advantage,” says Rijos.

Some investors don’t spend much on older properties, a complaint voiced by operators. Investors with a short time horizon may not be able to realize a return on big capital expenditures before a sale, sources say.

Older properties compete on two levels: the physical attributes of the building, as well as the programming and care. Changes to the physical plant are often driven by market realities.

The number of memory care units is being doubled at The Village at Rancho Solano, an assisted living building in Fairfield, California, that Pegasus Senior Living operates.

“We are seeing pent-up demand in that market for memory care,” says Chris Hollister, co-founder and vice chair at Dallas-based Pegasus Senior Living, which operates 37 buildings. He adds that the biggest competition for both new and old buildings is still the seniors’ longtime home.

Rancho Solano has 171 units. The first floor includes a 24-unit memory care section. Twenty-four more units of memory care are being added on the second floor. Other changes include the creation of outdoor access for memory care residents and renovation of common areas. The cost is about $25,000 per unit.

Hollister expects the memory care units to draw residents from the assisted living portion of the building as their needs change, as well as couples when one partner needs memory care. “It’s all under one roof,” he says.

LCB is focused on acquisitions where it can add value. The company acquired an assisted living building in Massachusetts in 2014. The 100-unit building was completed in the late ’90s and had no memory care wing.

The building was renovated at a cost of $3.8 million. Memory care units were added, and the front entrance was reconfigured. Every unit was redone with new kitchenettes, floors and paint. The common areas were made more user-friendly and updated.

Since the renovation, monthly rental rates have been increased by as much as $180, still $500 a month on average less than the newest competitors. Occupancy has improved to 95 percent. “We want to lead the market,” says LCB’s Stoller.

New buildings tend to have larger units than older ones, presenting a challenge on how to give residents more space or a more functional layout.

Owners combine small studio units to make one large apartment. Another solution: Extend the kitchen countertop and add seating to free up space that would have been used for a dining table.

“It’s an economical solution,” says Melissa Keeney, director of design at Spellman Brady & Co. based in St. Louis. She adds that common areas and hallways can be brightened by installing new lighting and incorporating contemporary designs, such as stack stone fireplaces.

Master suites were created to boost revenue at Arboria of Long Grove, an assisted living and memory care building in Long Grove, Illinois, a suburb of Chicago. The 104-unit project is managed by LCS of Des Moines, Iowa, which operates 150 communities, about 40 percent of which are owned by LCS.

One-bedroom units were originally configured with the bathrooms only accessible from a common hallway. Residents could not enter the bathroom from the bedroom, the way most people have lived in their own homes. “We were trying to create a feature where the residents would feel like they are living at home,” says Chris Bird, executive vice president of operations at LCS.

Twenty units were converted as moveouts occurred. The new layout enables residents to enter the bathroom from the hall or the bedroom. LCS was able to raise the rents on those units at Arboria of Long Grove by about $150 a month. The construction cost per unit ranged form about $2,500 to $4,000. The base rent is about $3,500 per month. Residents pay a fee above this base rent, depending on the level of care required.

Show me the money

Public spaces are redone with a contemporary and hotel-like look. The focus is on entryways, lobbies, and highly visible areas such as the dining room, living room and library. “A refresh presents a branding opportunity,” says Steve Benesh, project design manager at StudioSix5, an interior and architectural design firm based in Austin, Texas.

The multiple dining venues that are so popular in new buildings are being added to older properties. Bistros and grab-and-go cafes complement the main dining room, which is often refreshed. Some operators offer all-day dining where residents can get a meal when they want.

“Customers expect a hospitality experience even though they are moving in to get assisted living help,” says Bird at LCS, which is adding multiple dining venues to its assisted living and memory care properties.

Fitness and wellness spaces are targeted, too. Gone are the solitary workout machines set aside in an unused unit.

Technology upgrades are a must. Residents expect robust Wi-Fi throughout the building.

The experience matters a lot

Almost as important as the building redesign is the programming.

In 2019, it completed six renovation projects. Fourteen are planned in 2020.

Discovery offers what it calls “experiential living.” Programming revolves around how common area spaces are used to create a social atmosphere. Examples include wine and cheese events and fireside chats. The “FitCamp” program creates a personalized workout program for residents with a dedicated coach.

The company is also rolling out a new SHINE memory care program, focused on six elements customized for each resident.

LCS is expanding its fitness programming to reduce the risk of falls. And a healthcare navigator program helps residents and their families coordinate care with
providers. “If we can accommodate residents’ health needs, they do not have to move,” says Bird. “It helps extend length of stay.”

Owners and operators are investing in staff, too. A stable and well-trained staff can be a competitive advantage if a new property opens nearby.

Hiring and retaining staff is a priority but poses a big challenge today because of the low unemployment rate.

Recently, LCS’s Bird attended an industry conference where eight residents and their families shared their experiences on selecting a senior living community. They had all toured old buildings and new ones. They visited each building three or more times.

The buying decision mostly hinged on their impression of the staff.

Were they smiling and interacting with residents?

Did they seem to care?

“We spend money on redesigns, technology and new spaces,” points out Bird, “but it all comes back to the people.” 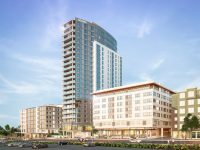 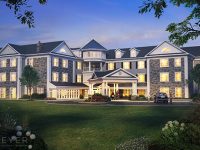 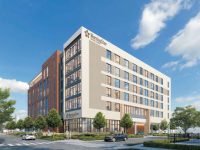