We’re all familiar with the headlines by now: construction materials prices are at record highs, and nearly every industry has a shortage of workers, dealing a one-two punch to supply chains.

General contractors may be on the front line of both problems as they deal directly with the rising materials costs while trying to build seniors housing communities with skeleton crews.

According to Des Moines, Iowa-based general contractor Weitz, lumber prices have at least come back to earth. After more than doubling from $950 per 1,000 board feet early in the year to $1,950 in early May, the price dropped to $800 in July and continued to trend downward, according to a report from the company. Lumber prices are now hovering in the $500 to $600 per 1,000 board feet range.

However, steel prices have “climbed steadily over the last 12 months,” the report states. “For example, coil stock, which is used to make metal studs and metal decks, is up 216 percent.”

Regarding labor, the report says “the shortage of skilled tradespeople persists” and cites an Associated Builders and Contractors study that estimates builders will need to hire another 430,000 craft professionals this year to meet demand.

“It’s necessary to consider not only what materials are available and when, but then, is there a workforce to fabricate it and what’s the rate at which it can be fabricated? We’ve seen lead times skyrocket.”

“Labor availability is a more pressing concern than cost escalation, as it’s hard to find the right people right now at every level of the supply chain, and most especially skilled tradesmen,” adds Pecoraro. “So, labor availability is another thing to take into account when scheduling and budgeting a project.”

Who will build it if they come?

The results of a survey of 2,136 builders, conducted by the Associated General Contractors of America and Autodesk and released in early September, reveal a mixed bag.

Fifty-eight percent of respondents said the enhanced unemployment benefits provided by the federal government were keeping workers away. As many of those benefits have expired, contractors could see relief as people return to the workforce.

This shortage has led to rising labor costs, and 73 percent of respondents indicated that they had increased base pay rates. Meanwhile, 61 percent reported experiencing project delays due to shortages of workers.

“The competition for workforce is fierce, thus putting upward pressure on wages,” says Larry Graeve, senior vice president of senior living pre-construction at Weitz. “The biggest impacts we are seeing are relative to schedule and cost. Subcontractors have to do more with less staff. This typically means more overtime and weekend work to stay on track, thus more cost to the project.”

Matt Sayre, vice president of construction, senior living at Minneapolis-based Ryan Cos., says labor is “absolutely at the forefront of our minds, and it’s an extreme issue.”

“The way we mitigate that risk is with early partnerships with our contractors. By getting those subcontractors to the table early, we’re able to meet those labor demands.”

Creativity born out of necessity

The huge fluctuations in materials costs have forced general contractors in seniors housing to be nimble, flexible and creative.

For New York-based builder EW Howell Construction Group, the solution is to simply work more closely with clients, and to build more leeway into estimates, according to Kevin McKenna, a vice president with the company.

“The uncertainty of escalating costs and extended lead times is certainly playing into our dealings with owners, so we need to qualify our proposals and index for current pricing versus projected escalating costs. This evolving price environment has put a strain on assisted living developers’ ability to underwrite projects that looked great three years ago but are now a challenge. We are working hard with our clients to come up with cost savings while still providing the quality, amenities and required aesthetic standards.”

Weitz has taken to securing more storage space to keep more products on hand, and ordering materials well in advance of the normal purchasing cycle.

“This keeps our projects on track and avoids delays,” says Graeve. “The last thing anyone needs is a stalled project due to a lack of product on-site.”

Graeve also notes that price increases go beyond lumber and steel. Trucking costs are two to three times above pre-pandemic levels, ocean freight times have increased four to five times due to a worldwide container shortage, and lead times on items like cabinets, appliances and electrical equipment have also increased.

Ryan Cos. has systems in place to predict and warn about potential cost escalations, giving the company “detailed cost intelligence.”

“I’m proud to say we didn’t have to abandon any of our projects that we had teed up. We were able to find solutions,” says Julie Ferguson, senior vice president and national sector leader, senior living, Ryan Cos. “In 2022, being geographically diverse, we’re looking at different construction methods and types.”

That means BCC’s sister company is its own supply chain.

“We have felt some pain, but overall, ordering materials in bulk through our various distribution points (assuring material availability), and watching market conditions to place orders based on material trends provides our team with the most lucrative returns,” says Richard Zahn Sr., chairman of Florida-based PROSPECT. “This has been challenging but rewarding overall to our projects and partners.”

It’s common knowledge that seniors housing is a more challenging real estate niche than most other property types due to the heavy emphasis on operations and ever-evolving desires of residents. That said, contractors that work in seniors housing are happy to be a part of the industry.

“Palma Sola Bay Club has enjoyed a major influx of seniors moving down from the Northeast to retire in this restful, laid-back, beach-style location,” says Zahn.

Skender recently completed two repositioning projects in metro Chicago. On the city’s South Side, units were upgraded at Salud Center in a phased process where almost all tenants were able to stay onsite through construction.

“Salud Center was brought back to life through complete mechanical, electrical and infrastructure upgrades, as well as refreshes in units,” says Pecoraro. “We are most proud of the fact that we were able to complete this job in a condensed time frame during the pandemic with as little disruption to residents as we could control.”

In nearby Northbrook, Skender completed an expansion project at North Shore Place following the contractor’s completion of the original 156 beds of assisted living and memory care.

“The client returned to us to build a second building on the same property to move and expand its memory care services,” says Pecoraro. “We relish building long-term relationships with our clients, helping them evolve and improve the experience they provide to residents.”

“Through the difficulties of the pandemic, this team came together, worked through issues and options, and delivered a project that will be second to none in Northern California,” says Graeve.

In 2008, Weitz built Sagewood in Scottsdale, Arizona, for Life Care Services. Since then, expansion projects have been ongoing.

“Weitz has been working on the campus ever since 2008, adding one new thing after another,” says Graeve. “This life plan community has two swimming pools, several dining venues, a state-of-the-art auditorium and theater, golf, a spa-like wellness center and a fitness center.”

In nearby Summit, New Jersey, the builder also completed a very different type of project for Sunrise Senior Living. “It was very challenging, as it was built along the Passaic River on a very sloped, postage-stamp-sized lot,” says McKenna.

The company is also preparing to open Grand Living at Georgetown, a 184-unit community in the Austin suburb of Georgetown. The developer has received a record 123 pre-sales.

“It’s an age-in-place model,” notes Ferguson. “If you move in as an independent living resident and need care, you get to stay in your apartment. You don’t have to move again. We had to license the entire building, which increased the cost of construction, but it’s a unique offering in the Texas market.”

“We intend to keep pushing forward on senior living,” adds Sayre. “We think it’s a great market. It’s a great piece of what we do.” 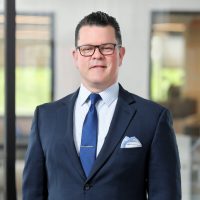 Not Your Grandpa’s Affordable Housing August 17, 2021