Newer senior living developments feature environmental sustainability, amenities and services far beyond the residences of the past.

The development strategy for affordable seniors housing of the past seemed to have one overarching goal: Don’t spend too much.

Generally, the apartments were simply typical affordable housing units with age restrictions for residents, built as cheaply as possible to counteract the lower rents.

That’s not the case anymore. Affordable seniors housing today features a host of amenities and services on site, and a strong focus on environmental sustainability.

“Prior generations of affordable seniors housing were often designed to be built as cheaply as possible, with little emphasis on the character or quality of the building,” says David Block, director of development for Evergreen Real Estate Group in Chicago. “Today, there is a better balance between cost efficiency and architectural distinctiveness.”

The buildings themselves are often “nearly indistinguishable from market-rate communities in the same geographical area,” notes John Williams, president and chief investment officer at Avanath Capital Management, which owns a portfolio of more than 10,000 affordable housing units, of which 2,450 are designated for seniors.

“With seniors being more active than ever, they are demanding amenities and services that contribute to their own health and well-being as well as that of the environment,” continues Williams. “Also, investors are becoming increasingly socially conscious when it comes to where they are placing capital in addition to recognizing sustainability’s positive impact on ROI (return on investment).

“For these reasons, newly constructed affordable seniors projects are focusing on amenities space, both indoors and outdoors; on-site services that promote wellness; and features that increase the sustainability of these projects.”

In Miami, Swerdlow Group has broken ground on Sawyer’s Walk, a mixed-use project that includes 578 units designated for low-income seniors. Community amenities will include a rooftop pool deck, a clubhouse and entertainment lounge, meeting rooms and a complimentary health club membership for all residents.

In Houston, Heritage Senior Residences will replace housing lost to Hurricane Harvey. The 135-unit community will feature a podium courtyard, gym and dining area as well as modernized kitchens and bathrooms.

The community provides permanent affordable housing coupled with on-site supportive services for low-income seniors living with disabling conditions such as physical illnesses or disabilities due to complications from diseases, including HIV.

Evergreen recently completed Ravenswood Senior Living, a 193-unit affordable seniors housing community in the Ravenswood neighborhood on the north side of Chicago. The property was previously the Ravenswood Hospital, which was built in 1974 and fell vacant in 2002. The redevelopment project cost $81 million and took a year-and-a-half to complete.

The property has 74 one-bedroom independent living apartments for Chicago Housing Authority residents, as well as 119 units for participants in the Illinois Supportive Living Program, an alternative to nursing home care that is administered by the Illinois Department of Healthcare and Family Services.

A new level of service

Pennrose, a Philadelphia-based affordable housing developer, customizes services at each of its communities to reflect the needs of the residents.

“For seniors, this might mean transportation assistance, help with grocery shopping or prescription pickups, and even classes on health, safety and finances,” says Timothy Henkel, principal and senior vice president with the company. “All of these components aim to provide our senior residents with the resources they need to live independent, vibrant lives.”

The company focuses on sustainability in its developments, as well. Pennrose is leading the historic rehabilitation of the Julia Bancroft School, a 60-unit, mixed-income development for seniors 62 and older in Auburn, Massachusetts. The project is designed to meet LEED Silver standards, and includes community rooms for town meetings and other events.

“In terms of sustainability, we see the benefit in creating stable, efficient properties that will serve residents for many years to come,” says Henkel.

“Building energy-efficient buildings is not only good from an economic standpoint, but it can have a real difference in the lives of residents in the long run.”

The trend of providing services and embracing sustainability is only going to gain momentum in the future, according to Block.

“Sustainability and amenities are a function of market competitiveness — if every other affordable senior property is promising low utilities with a very ‘green’ building, then you need to achieve that standard as well.”

“The features and amenities older adults and senior living developers are beginning to prioritize include touch-free technology, such as keyless entry systems and hands-free faucets, soap dispensers, light switches and doors. We may also see an emergence of more voice-activated systems throughout buildings such as elevators.”

Much of that technology will be a reaction to increased infection control due to the COVID-19 pandemic, notes Webster.

“Another notable improvement to be considered is higher-quality air filtration systems and UV lighting for disinfection. Developments have also increasingly chosen material finishes like antimicrobial surfaces and acrylic fabric on furnishings that inhibit microbe buildup and spread.”

“We’re continuing to see an uptick in the integration of housing and healthcare — a trend that is positively impacting senior residents in particular,” says Henkel. “Having the ability to connect older residents to telehealth services or on-site healthcare providers is an amazing resource to ensure our communities are helping residents stay heathy.

Another trend Henkel sees growing is affordable housing for specific groups, such as veterans or LGBTQ seniors.

The “Stonewall generation” refers to a riot that started as a police raid in 1969 at the Stonewall Inn gay bar in New York City. The event is often considered the start of the gay liberation movement.

While modern affordable seniors housing may be better for the residents, there is still one major challenge: There’s simply not enough of it.

“Demand for all types of affordable housing consistently outstrips supply in most markets,” says Williams at Avanath. “However, as the senior population grows, the need for affordable properties for this demographic grows and public awareness of this need rises.”

“Unfortunately, housing shortages, especially in regard to affordable seniors housing, have only been exacerbated by skyrocketing and unpredictable construction materials costs,” adds Webster. “As the population continues to age, we anticipate the overwhelming demand for seniors housing to increase even more. There is still more work to be done by the industry to build enough units and catch up to the present and future demand.”

According to the U.S. Census Bureau, there will be 77 million people over age 65 by 2034, surpassing the number of those under 18 for the first time in the country’s history.

Although the Qualified Opportunity Zone program, implemented in 2018 to encourage development in depressed areas, was considered a potential feeder of new affordable seniors housing, that has not come to fruition. A few projects have cropped up — notably a $59.8 million mixed-income development in Tukwila, Washington — but most are
market-rate apartments.

“We have not used the Opportunity Zone program,” says Block. “It does not function well with the LIHTC program, and it seems to work best in markets where there are already reasonably strong economic fundamentals that can generate a near-market rate of return for conventional investors. The Opportunity Zone program seems primarily to just lower the return threshold that conventional investors are willing to accept.”

However, there may be signs of help on the way. The Biden administration announced in May that it plans to provide $213 billion in direct funding with more than $100 billion in new and expanded tax credits. The goal is to produce, preserve, and retrofit more than a million affordable housing units.

“Some of the current administration’s stimulus policies would be very positive,” says Block. 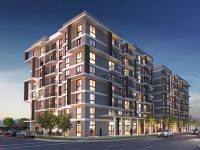