The data come from the National Investment Center for Seniors Housing & Care (NIC), an Annapolis-based nonprofit that tracks seniors housing data. The organization receives data from approximately 1,400 facilities throughout the country.

“Occupancy has been relatively stable during the last 12 months, varying by only one percentage point and staying above its low,” says Bill Kauffman, senior principal at NIC. “The slight decrease from the first quarter likely does not foreshadow a broader trend, because seasonal flu-related admissions that typically spike in late fall through winter trail off later in the year.”

“The decline in Medicare Advantage revenue this quarter might be attributed to private plans bypassing skilled nursing due to its expense, declining patient length of stay, or lower reimbursement rates. We will need data from subsequent NIC reports to help us better pinpoint contributing factors.”

Medicaid continues to be the fastest growing payer in the skilled nursing sector by revenue per patient day, NIC experts say, even though Medicaid reimbursement in many states has not kept up with the cost of care. This reimbursement shortfall, among other factors, is contributing to the recent spate of facility closures.

AHCA Survey: Over Half of Skilled Nursing Facilities Operating at a Loss Due to Pandemic August 14, 2020

JLL Brokers Sale of Nursing Home Near Boston for Conversion to Multifamily March 3, 2021 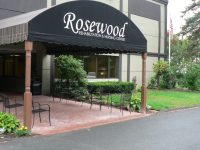