As the COVID-19 vaccine rolls out around the country, nobody is more excited to put the pandemic behind them than seniors housing operators. The disease has driven occupancy to record-low rates, while 39 percent of all deaths from the disease occurred in skilled nursing facilities, according to a December report by AARP.

Residents have largely been eager to take the vaccine. However, employees have been much more hesitant.

“After almost a year of navigating the COVID-19 pandemic and the effects on staff, residents and family members, the news of the coming vaccination was a nice, tangible next step toward a new time,” said Chase Salyers, director of marketing and operational support at Koelsch Communities. “However, for many operators, that provided more hurdles to overcome.”

The panel of operators reported that all their communities have hosted at least two vaccine clinics to date, with a third on the way.

“Most residents have been very excited — 90 percent of residents are taking the vaccine,” said Kohlberg. “The problem has been much more pronounced around associates.” He noted that only about 50 percent of his company’s workers wanted the vaccine.

Andrzejewski said his company was able to increase employee participation from 34 percent to over 50 percent by educating the workforce on the benefits of the vaccine.

“There was a lot of consternation and worry. We began an educational campaign to give them the facts.”

Cini said that negative media portrayals and social media posts with incorrect or misleading information had Kemper House employee participation at just 21 percent. “Through extra effort and education, our third vaccine clinic is coming up and we should be at about 74 percent participation. We had to deal with the negative message that was out there.”

Cunliffe said that education also allows the word to spread among the employees themselves, rather than hearing facts from corporate offices. At one community in Seattle, Covenant was able to get staff participation up to nearly 100 percent.

“We’ve really tried to encourage that peer-to-peer conversation because there is a lot of negative press,” she said. “Residents are lining up — it can’t come soon enough. Not so much with the staff. Hopefully the staff, as they see how people respond to the vaccine, they’ll sign up.”

Although some seniors housing operators have mandated that staff get the vaccine, none of the companies on the webinar had done so. Instead, they chose to focus on changing the minds of employees willingly.

“There are those that are really excited, those on the fence and those that are opposed to it,” said Kohlberg. “We’re focusing on that group in the middle that can be swayed.”

At SageLife, the company is offering a $10 gift card to employees that sign a consent form, then an additional $20 gift card for each round of the vaccine. There will also be big-ticket raffle prizes given out.

“We didn’t think that would change anybody’s minds, but we wanted to compensate our team members for their effort,” said Andress. “There’s a certain elegance to everyone raising their hand to take it.”

“Our residents have been so tolerant of us, but I think that’s coming to an end,” said Andress. “They want to see their grandkids.” 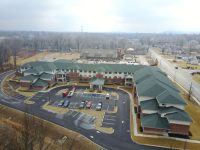 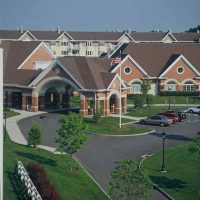 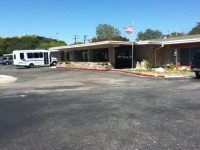