State-by-state comparisons do little to solve the correct future for this complicated issue.

It is not surprising that states with certificate of need (CON) laws for skilled nursing facilities (SNFs) have higher occupancy than states without CON requirements, or moratoriums on new beds.

The central question surrounding certificate of need might be twofold. Does CON actually meet its mission to reduce costs while maximizing access? And, secondly, has CON evolved into protectionism for the existing ownerships?

The answers to both questions are yes and no, and mostly in the middle. Some states are doing a better job meeting the primary mission than others that continue to employ CON.

By way of history, CON started in New York in the 1960s and then became part of federal law in 1974, requiring each state to develop its own rules, with federal approval. While hospitals were the main target, CON requirements also extended to nursing facilities.

CON was used to rein in capital costs, as Medicare and most Medicaid reimbursement structures used paid providers as their actual interest and depreciation (and rent). To control those costs, development projects were reviewed to minimize over-sizing buildings and equipment, and to attempt to balance supply and balance for maximum operating efficiency and geographic accessibility.

By the mid-1980s there was a decoupling of capital reimbursements and actual capital costs under Medicare and Medicaid, and new limits controlling or limiting increases in capital cost resulting from changes in ownership.

With that, the Feds eliminated their requirement that states impose CON restrictions. With these new limitations on rebasing capital costs resulting from a change in ownership, and the push within the Reagan White House to deregulate, there was enough weight shifting to tip the scales away from Washington mandating states to adhere to a CON program.

States make their own calls

States like Texas were quick to drop CON requirements for nursing facilities, and in a matter of a few years, there was a surge in supply coupled with a significant drop in the statewide occupancy level. A side effect from lower occupancy levels was per-patient-day expenses increased.

This action eventually led Texas to impose a moratorium on certifying Medicaid beds. Now in Texas, most new facilities are either certifying for only Medicare, or Medicaid-bed certifications are being transferred from existing facilities.

Today, there are 33 states that require CON approval for nursing facilities, and another nine that simply apply a moratorium on new beds. It is interesting to note states without SNF CON or moratoriums are concentrated in the Southwest — call them the “Wild West” states.

The two largest states have no CON. California’s relative high occupancy rate (86 percent in 2019, per CASPER) is attributed to extremely expensive development costs (land prices, construction costs and regulatory hurdles that lengthen the time to receive certification). So, for California, there are essentially controls in place to hold back supply. Meanwhile in Texas, the second most populated state with a statewide occupancy rate of 68 percent, has low land and building costs and fewer regulatory delays for newly licensed facilities to achieve certification.

How do developers feel?

In many CON states, the seniors housing industry and its associations support CON continuation, citing the original purpose — cost controls — to their state legislators, though another primary motive is protection from new supply. Hard factual evidence to support CON and its original intent have waned, but not necessarily the politics surrounding CON. Certain states have allowed their healthcare and hospital associations to contribute significantly to writing rules that favor the existing “insiders.”

Occupied SNF bed counts have been declining for several decades, despite elderly population growth, as use of alternatives such as assisted living, memory care, adult daycare, hospice and home healthcare increase. Given these trends, employing a bed moratorium, with or without an in-place CON, can hold back some Medicaid spending, and appeal to state healthcare association members wishing to block new supply.

From a per-resident-day cost measure, relative to supply controls, evidence supporting the hypothesis that CON controls costs is anecdotal. It seems reasonable that higher occupancy leads to lower per-patient-day costs thanks to economies of scale.

The impact of supply control on costs as measured from a state-by-state perspective is problematic since there are many cost variables that do not align close enough for statistical significance. Medicaid reimbursement structures and staffing requirements vary by state, even when wage levels, taxes and other costs are relatively the same.

Therefore, building a case that supports CON, effectively reducing expenses to a state’s Medicaid program through cost comparisons with other states, is challenging. But intuitively, operating expenses should be higher if the same number of occupied beds were spread across more facilities. Therefore, score one in support of CON.

Opponents to CON can make the argument that tight bed control results in increasingly large inventories of older, obsolete facilities continuing to be in service well beyond their initial expect useful life. Other than a few non-CON states, there are large inventories of aged nursing facilities that continue to operate. In fact, HUD will often apply 20-plus-year amortization to these old facilities, implying their remaining economic lives will even be greater.

It is an easy argument to make that CON and bed moratoriums extend the life expectancies of SNFs well beyond general useful life guidelines. In Texas, with its elimination of CON requirements in the mid-1980s, many of the so-called first-generation nursing facilities that opened in the 1960s have been flushed out of the supply mix, despite the state’s large growth in population. Rural Midwest states have little population growth to continue to retain many of their first-generation facilities.

Note that in many states, Medicaid capital reimbursements are tied to original cost basis, and having a large inventory of older buildings keeps down the capital cost component of the Medicaid payments. So, maybe that is another plus for having CON?

In summary, CON and moratoriums appear to extend the life expectancy of buildings, and that might be good for the owners and investors of those facilities. But the consumer gets older, physically inferior choices.

The older products have a way of impacting general desirability of nursing homes from patient, community, and staff perspectives, in the long run. Occupancy levels are generally higher in CON states, which effectively reduces Medicaid expenses. Again, this is difficult to support through state-by-state cost comparisons.

James Tellatin is senior managing director of Integra Realty Resources’ Healthcare & Senior Housing Practice Group. He is also the former chair of the CON committee in Missouri and author of The Appraisal Institute’s Textbook on Valuing Senior Housing Properties.

What the five-star rating really tells us about skilled nursing facilities March 13, 2017

Understand the Impact of Intangibles October 12, 2021 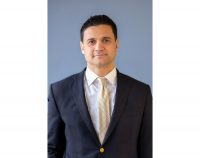 How to Work with Cities on New Developments May 3, 2021 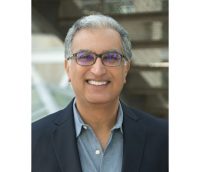