Six lending professionals recently gathered on stage at the Omni Los Angeles to participate in a panel discussion that was both a two-year retrospective on COVID-19 and a deep dive into some of today’s hot-button issues affecting borrowers.

“It’s been an interesting two years on the debt side, as it has been in other capacities. To me, one of the more interesting parts has been the contraction and subsequent expansion of capital flows in seniors housing debt and how that impacted large banks and small banks,” said Aaron Rosenzweig, executive director of Cushman & Wakefield and moderator of the capital markets panel during InterFace Seniors Housing West.

Rosenzweig opened the panel discussion by asking the banking professionals to offer their assessment of the past two years from a business standpoint.

“It’s interesting that you used the word ‘contraction’ because it didn’t really feel like that,” said Heagler. “I think Key and many other lenders in the space completed anything that was in process as of March 2020. So, we were closing transactions that were in process when the shutdown occurred. I’ve been in banking for over 30 years. I certainly know what it feels like when the bank says, ‘We’re turning off the spigot. We’re not doing anything.’ That did not happen.”

What did happen is activity level across the sector basically dried up from mid-2020 through early 2021, recalled Heagler. “We were quite busy on loan modifications. Clearly, when the doors are shut, you are not getting occupancy trending upwards. A lot of loans were tripping covenants, so we spent a lot of time on those kinds of issues. Then as soon as the space started emerging from the pandemic, we were putting capital out the door. Today, we are as busy as ever since I’ve been at Key.”

Retzlaff said his experience was much the same. “I would say that we never pulled out completely, but we had to get a little more creative with our proposals.” For example, Capital One created some A/B loan structures and some note-on-note type deals “where instead of being 65 percent [leverage], we were 45 percent,” explained Retzlaff.

“We tried to stay active as much as we could, but I think we were worried about where the trough was and how bad it was going to get,” added Retzlaff. “We were perfectly content staying on the sidelines for a little bit until we saw things bottom out. And then once things started turning around, that’s where we slowly throughout last year got a little more active each quarter. And now I would say that we’re pretty much back to normal.”

The capital markets panel discussion took place the same day Russia invaded Ukraine. Geopolitical turmoil was top of mind, but so too was the near-term outlook for interest rates. An S&P Global Market Intelligence analysis published on Feb. 22 — two days before the panel session — indicated that U.S. government bond market volatility was at its highest point since March 2020, when the Fed lowered rates to near zero and began buying bonds to blunt the economic impact of COVID-19.

Boitano of Lument commented that it was an open question regarding the near-term direction of the 10-year Treasury yield, which stood at 1.97 percent at the close of business on Feb. 24, up about 35 basis points from the start of the year.

“Do the shorter-term rates move mostly and the 10-year doesn’t move nearly as much, and you end up with this flattening [yield curve] that probably doesn’t exactly help the economy in terms of optimism in the long run? In the last few days with all this uncertainty and all this volatility, we’ve seen spreads expand. Is that just a reaction, and then they come back in a little bit? That’s the question that we’re going to have to answer because we need to come up with solutions that still work for our customers and work for our institutions. I see more volatility based upon events, but not a decided expansion or contraction,” said Boitano.

The panel also discussed the issue of interest rate caps, which are used to limit how high interest rates can rise on variable-rate mortgages. Typically, shorter-term debt is placed on transitional assets that require flexibility for a refinance or sale.

Adlerstein of Meridan Capital encourages every one of his clients that receives a variable-rate loan to buy a cap because it’s a smart move. For example, a borrower that receives a $25 million loan might pay $50,000 for a cap. “It’s like insurance. It’s not a lot of money,” said Adlerstein. Best of all, adds Adlerstein, “buy that cap and you sleep at night.”

“We’re looking at some of those structural elements in development lending a little more closely than we used to,” confirmed Heagler.

Adlerstein said that he gets construction deals “thrown” at him four times a day, but most of the time he rejects them to avoid the awkward situation of asking borrowers how “rich” they are. “That’s really the conversation. It’s the question my lenders are going to ask me: ‘Who is the sponsor? What is his net worth and liquidity?’”

For example, a first-time developer seeking to build a $40 million, 120-unit seniors housing community in Delray Beach, Florida, wouldn’t be able to secure a construction loan without a strong balance sheet, said Adlerstein.

“Pre-COVID, we were probably able to hustle and find you somebody that might be able to do it. Today, I want to spend my time on deals that I know I can close, and I can’t close that deal. The only thing maybe I can do is introduce you to somebody that has that balance sheet, but you need that balance sheet to get a construction loan.” 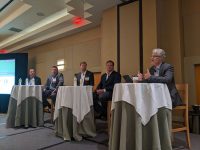 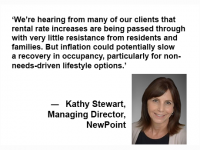 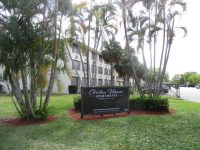